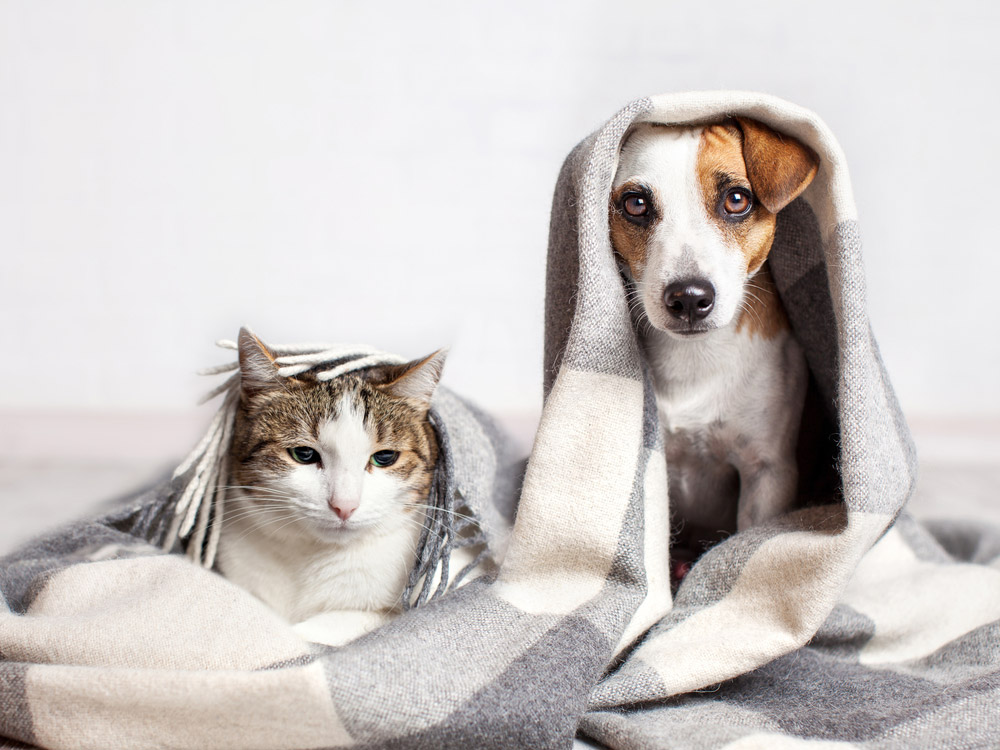 Maybe not really an epidemic, but the frequency with which we now diagnose Pancreatitis in our canine and feline friends has become alarming. It is becoming one of the most common internal diseases we are now treating in companion animal practice. There are many concerns when pets suffer from pancreatitis. Dogs and cats are more likely to develop diabetes and other complications after a bout with pancreatitis. Besides complications associated with pancreatic inflammation, the subtle symptoms that often accompany this condition can be confused with many other diseases. Veterinarians are taught to become suspicious of pancreatitis when patients are presented with vomiting and a painful abdomen. Yet most often pets with pancreatitis are presented with a loss of appetite, lethargy and a general malaise. Abdominal pain and vomiting seem to occur less frequently than in the past.

The cause of pancreatitis is not known. In felines, it is often seen as one arm of a disease known as triaditis. This condition often affects the liver, intestine and pancreas simultaneously. In dogs the cause of pancreatitis is often cited as the consumption of a “high fat meal”. Although this has been widely accepted for many years there is little research that proves its truth. In our experience pancreatitis appears more commonly after ingestion of a food or foods that may not typically be eaten by the patient. For example a dog that is given ham or pork will frequently develop this illness even though there may be little fat involved. We recently diagnosed a Yorkie that had consumed two very small lean pieces of beef. After the diagnosis of pancreatitis was made the owner confided that even though they were very small with no visible fat, the pet had never had beef before. Although we are often not certain of the cause, the treatment is straightforward once diagnosis is made.

There are several tests that can suggest a diagnosis of pancreatitis in cats and dogs yet abdominal ultrasound is considered by many to be the most reliable. Using abdominal ultrasound as a diagnostic tool in pets can allow us to determine if the condition is acute, chronic or a combination of both. Recent advances in treating Pancreatitis with Photobiomodulation (Low Level Laser Therapy) are proving to be very promising. As always, if you have any question regarding your pet’s health, please feel free to call us and discuss your concerns. Pancreatitis is one disease that is very important to diagnose early in its course.